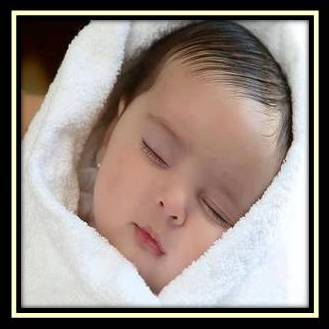 ​Islam is a full and complete system of life. It teaches everything for human being for their successful and happy life in this world and hereafter. Accordingly, our beloved Prophet ﷺ has taught us very beautiful and fruitful disciplines which we should follow in the every aspects of our life. If we follow these etiquettes, these general day to day activities will be considered as Ibadah (Worship) and we will be given rewards from Allah Almighty.

Here we are going to learn about the teachings of beloved Prophet ﷺ  for sleeping.

ETIQUETTES AND MANNERS OF SLEEPING

♦ Say Bismillah (In the name of Allah) and close the doors of your house, cover the utensils with food in them, switch off or turn off fires, lights etc

The Messenger of Allah (ﷺ) said, "Whenever you intend to go to bed, perform Wudu' as is done for Salat (prayer) [Bukhari and Muslim]

♦ Before climbing into bed, dust the bed and bed sheet thrice and read this Dua (supplication)

[With Your Name, my Lord, I place my side (upon the bed) and with Your Grace I will raise it up. If You withhold my soul (cause me to die), have mercy on it but if You let it go (let me live), guard it against which You guarded Your pious slaves]." ​

The Messenger of Allah (ﷺ) said, "When any of you goes to bed, he should shake off (or dust off) his bedsheet because he does not know what might have fallen on it after he had left it. Then he should recite: 'Bismika Rabbi wada'tu janbi, wa bika arfa'uhu, in amsakta nafsi farhamha, wa in arsaltaha fahfazha bima tahfazu bihi 'ibadakas-salihin   (Bukhari)

♦ Sit in your bed and recite the following Al Quran chapters

Prophet (ﷺ) said, “By reciting it (Ayat- ul-Kursi), there will be a guardian appointed over you from Allah who will protect you during the night, and Satan will not be able to come near you until morning”   [Bukhari]

It was narrated that Nawfal al-Ashja’i (may Allaah be pleased with him) said: The Messenger of Allaah (ﷺ) said to me: “Recite Qul yaa ayyuha’l-kaafiroon then go to sleep at the end of it, for it is a disavowal of shirk.”   [Abu Dawood & Tirmidhi]

• Recite the last three Soorahs (Quls) of the Quran and

It was narrated from Aa’ishah (may Allaah be pleased with her) that when the Prophet (ﷺ) went to bed every night, he would hold his hands together and blow into them, and recite into them Qul Huwa Allaahu Ahad, Qul a’oodhu bi rabb il-falaq and Qul a’oodhu bi rabb il-naas. Then he would wipe them over whatever he could of his body, starting with his head and face and the front of his body, and he would do that three times.    [Bukhari]

Ali (May Allah be pleased with him) reported:

♦ Sleep on your Right side, with the right hand underneath your right chin and the left hand upon your left leg, and with the knees slightly bent and Recite the following Dua (supplication)

O Allah, in Your name, I live and die

When the Prophet (ﷺ) went to bed at night, he would put his hand under his cheek and then say, "Allahumma bismika amutu wa ahya,"  O Allah, in Your name, I live and die    [Bukhari & Muslim]

♦ Avoid sleeping at the position your feet pointing towards the direction of Qiblah. This is an issue of propriety (adab) and is not sinful act. [Ibn Abidin, Radd al-Muhtar; Muhit Burhani]

​♦ At the time of difficulty when sleeping, recite following dua.

Zaid bin Thaabit (RadhiAllahu Anhu) complained to beloved Prophet (ﷺ) of not being able to go to sleep at times and he advised him to recite the following dua:

♦ If you frightened during sleep, afraid to go to sleep or feeling lonely or depressed then recite:

I seek refuge in the Perfect Words of Allah from His anger and His punishment, from the evil of His slaves and from the taunts of devils and from their presence.            [Abu Dawud & Tirmithi]

♦ if you see a good dream or bad dream:

If you see a good dream, say Alhamdulillah (All Praise be to Allah) and you can tell only to your beloveds.

If you see a bad dream, say “Audhu billaahi Minash Shaythaanir Rajeem” (I seek refuge with Allah from the evil of shaythan) and do not tell to anyone. Then the bad dream will not harm you.

Prophet (ﷺ) said: "A good dream is from Allah, so if anyone of you saw a dream which he liked, he should not tell it to anybody except to the one whom he loves, and if he saw a dream which he disliked, then he should seek refuge with Allah from its evil and from the evil of Satan, and spit three times (on his left) and should not tell it to anybody, for it will not harm him. (Bukhari)

♦ Recite the following Dua (Supplication) while waking up in the morning: